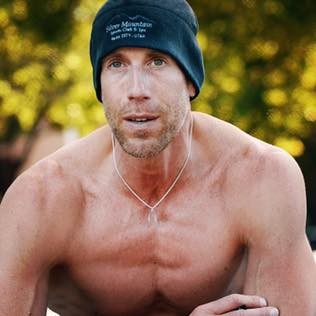 Kevin is an internationally known and sought after fitness coach featured in the documentary films, “Fasting” and “The Motivation Factor” by Doug Orchard Films. He specializes in functional training, core training, three-dimensional movement, motivation and Restorative Arts. He is co-founder of Indian Clubs International, has a B.S. in Sport Management/Fitness & Wellness and is certified through ACSM, NASM and ACE.

Restorative Arts involves the use of classical training tools like Indian clubs, wands, meels and maces. All the movements are based off of circles, spirals and figure-eights. Kevin instructs on how to do these patterns and integrate the tools into your daily practice. Not only are they good for posture, flexibility, and injury correction and prevention, but they also help improve brain function.

Aside from his work online, he trains individuals and small to large groups in person. It is his belief that unity is the secret sauce for making lasting changes with the mind and body. That’s what he strives to build with group training.

And unlike the typical “3 sets of 10” modality, Kevin takes a more holistic approach where he helps people make behavioral changes related to fitness, nutrition, weight, stress, health and life issues.

When Kevin is not wearing his coaching hat, he can be found playing music or writing a fresh new article. He is quite the accomplished musician and writer, and has even authored a recipe book called Act of Nutrition.